This Children’s Book Project: To Touch the Sun by Steve Ferrera

by Fumi_Stopmo
in On the Web, Whats Hot
10 1
0
Home Whats Hot On the Web
35
SHARES
182
VIEWS
Share on FacebookShare on TwitterPin This!

Steve Ferrera and his team worked on a children’s book titled To Touch the Sun that is involving handmade puppets and handcrafted sets. They used stop-motion technique also used multiple mediums. According to the online newspaper, Berkeleyside, published an article titled “Inside an artist’s mind: Berkeley’s Steve Ferrera is in residence at the de Young” by Tracey Taylor. In the article, Steve explains, “I love all the different aspects of a big production – from story development, to illustration and concept, to engineering and building, all the way through photography and final production. I like the chaos of trying to put it all together and developing the look of everything.” Steve’s team consists of the eight talented artists; Troy Correia, David Driver, JP Li, Jose Loyola, Koji Nagao, Scott Nordlund, Matthew Pugh, and Mike Van Dine. 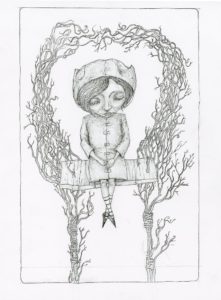 Beautiful handmade boy and girl puppets appear in To Touch the Sun. It’s a fantasy and the story of the boy and the girl’s journey of visiting the sun. De Young Museum recently had displayed this film’s work last July. The visitor had a chance to see their beautiful puppets, handmade sets, and sketches for the film at the gallery. Steve was actually in there for the reception, and he and the visitors had a great time to discuss about the film. The visitors also had an opportunity to participate a contribution for this Steve’s big budget project. 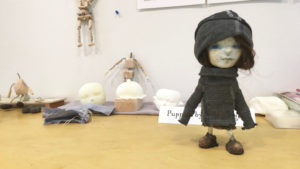 A sculptor and filmmaker, Steve Ferrera, graduated University of California, Santa Cruz and received his BFA. He also received MFA at San Jose State University. Both of his major was sculpting. He had experiences worked for big companies such as Sony Pictures, Cosmic Debris, HBO, and Kidrobot San Francisco. Please watch him and his teams’, To Touch the Sun from below link.

To Touch the Sun from steve ferrera on Vimeo.

Strata Cut Animation – A Quick Look at the Art

Are you sure want to cancel subscription?