Love Me, Fear Me – Trailer

by stopmo
in On the Web, Short Films, Whats Hot
34 2
0
180
SHARES
593
VIEWS
Share on FacebookShare on TwitterPin This! 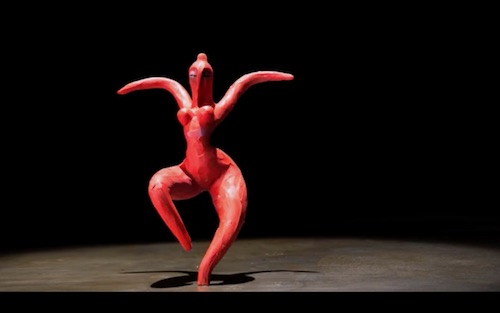 Love Me, Fear Me – the short film by Veronica Solomon has been hitting the festival circuit of 2018 with a mass of recognition and praise. The film was produced as Veronicas graduation film from the Filmuniversity Babelsberg. It is described by the director as “a metaphor of identity and madness in clay, dance and Stereo 3D”. The clay animated film mimics the movements and performances of live action dancers while retaining the whimsy and mystic of fictional beings thrust into a void filled with only light and shadow. This beautiful film is not yet available to see online since it is still in the film festival circuit, but you can watch the trailer below. Enjoy!

Love Me, Fear Me – Trailer from Veronica Solomon on Vimeo.

Cookiewatch – Video and Behind the Scenes

Cookiewatch - Video and Behind the Scenes