This Handcrafted City for Amazon Ad by Peter Sluszka

by Fumi_Stopmo
in Commercials, Puppets, Studios
31 1
0
101
SHARES
530
VIEWS
Share on FacebookShare on TwitterPin This!

An animation studio, Hornet and a creative agency, Leo Burnett created an amazing stop-motion animated commercial for Amazon.com, Inc, and it was directed by Peter Sluszka. Amazon commissioned the studios for producing an ad for their annual one-day-only global shopping event for the Prime members, Amazon Prime Day. According to Hornet’s official website, it mentions, “Drawing inspiration from the delivery method of Amazon, Peter and his team of artists handcrafted a city made of Amazon’s well-known cardboard boxes.” You also see handcrafted cars, people, and landmarks in the video. 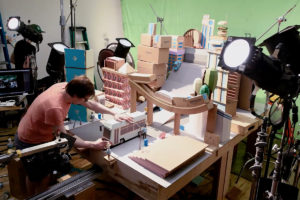 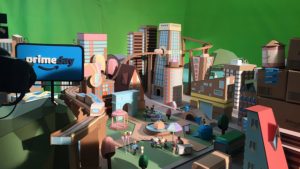 The director, Peter Sluszka is a skilled in mixed-media, and he especially good at stop-motion animation. He has a good understanding the medium and learned it during the working time with a French film director, Michel Gondry. Sluszka currently has been working at the studio, Hornet, and making the numbers of commercials, music videos, TV series, and feature films. The many of Sluszka’s films won/nominated awards and accolades.

These GIFs(It moves when you click the GIF image) are very cute and fun to watch. Especially, the granny drops a mic is awesome! I really like the organic feeling of the puppets’ textures, and each of them has a good character. Please do not forget to watch behind scene of making for the ad. You can see the set is pretty big and many staffs are working for the commercial including Peter Sluszka.

Behind scene by Hornet – http://hornetinc.com/peter-sluszka.html?project=amazon-prime-day&watch=behind-the-scenes-amazon